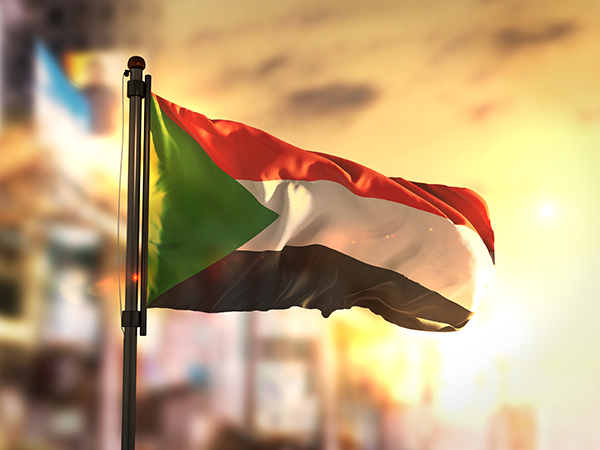 Southern Sudan disintegrated itself from the northern Sudan after having a civil war for a long time, a war that was considered to be the longest and costliest in Africa. South Sudan became independent in 2011, and one of the advantages it had over the northern Sudan is that it took almost three quarters of the revenue of the country, which is oil. The only advantage South Sudan had is that all the refinery, pipelines and port for organizing the exportation of the oil are in north Sudan. South Sudan stopped the oil production in the beginning of the year 2012, after having a dispute with the northern side over the transportation fee required. This almost led to both countries having a fight over the issue at around April, 2012 (Kushkush). The two countries have suffered a lot from the oil revenues loss, with the southern side, depending on it for approximately 98% of the revenues in the country. However, the two countries are taking a step forward to reduce the known hostilities that have made their economies weaken in a severe way. They decided to have the production and transportation of oil resumed, which saw them signing an agreement on Tuesday, 12th March 2013. According to the agreement signed, the resumption should begin in about two week’s time. The agreement read that they could resume to producing oil as soon as they are technically feasible. Stephen Dhieu Dau, the minister of petroleum and mining, said to the reporters that they hoped they could resume as soon as possible (Johnson 213). This agreement was signed in Addis Ababa, Ethiopia. It was under the African Union supervision. The agreement sets some mechanisms and a timetable that will be used in enacting a cooperation agreement that was signed by the two countries in September 2012. The agreement also contained other matters that were addressed in the agreement that are scheduled to be carried out immediately in the next couple of weeks. These matters include the borders demarcation, security arrangements, trade, pensions, economics and the status quo of the people, who live across the border. They also gave their consent to implement the agreement on March 10th, which the chief negotiator in Sudan, Idris Abdel-Gadir, when talking to the reporters, referred to this day as a D-Day. Before they made this agreement on Tuesday, the two countries defense ministers had made an agreement to establish a demilitarized area in the border line. This was meant to be a part of the security arrangements that they had both made (Lobban 104). This was done with an immediate effect as the defense minister in the northern part of Sudan, Abdel-Rahim Hussein, made confirmations to reporters that their troops had started moving away from the border. This withdrawal by the northern side made southern troops give orders to their troops in order to also make a step and withdraw from the agreed border zone as confirmed by the spokesman of the South Sudan troops, Philip Aguer. This agreement has been taken all over the world, with some countries having mixed feelings. The United States Department of State emphasizes that they have welcomed the signing of the agreement by saying that it would help in giving the two countries a safe border zone that will be demilitarized. However, the US fears that the agreement will not be implemented due to the two countries having a troubled history. The American ambassador, Susan E. Rice, claims that very few agreements are implemented despite them being signed. The agreement did not, however, make any agreement concerning the Abyei district, which has a lot of disputes (Human Rights Watch). However, they also agreed on establishing an administration, Security Council and a council in the region. The two sides have agreed to have another meeting again on Sunday, in the same venue. This agreement, which is a 17 page document that was signed by the Northern and Southern Sudan negotiators and facilitated by Thabo Mbeki, the former South African president, who is the African Union mediator, in terms of a timetable that is detailed so as to make implementations of several signed agreements. Oil will actually grab the headlines, but in actual fact, trades remain the most significant thing to the two countries citizens, who live near the border which is full of disputes (Copnall). The fact that this timetable was desperately needed is a clear indication of the difficulties that the two countries face. The two countries have experienced a lot of pressure, which is subjected to them by the international bodies and countries such as African Union, China, and the United States among others. Despite these pressures, the vital treaties agreed between the two countries have not been implemented. Conclusion This agreement cannot be considered as a new deal. It can be categorized best as a commitment that is made in order to make implementations of the previous nine agreements that were signed in September, 2012. One of the agreements made by the two countries last year was for them to set a buffer zone up. This was after the two Sudan countries had gone through their worst border clashes. That was back in April, after they had split. None of the agreements took effect. As the American ambassador, Susan E. Rice said that signing of agreements between the two countries is much easier than implementing them. This means that citizens of the two countries will have to wait and see the oil flowing, before they can start having any celebrations. The whole world is also waiting to see whether the agreement will be implemented due to the bad history that the two Sudan countries have.

How to Make Your Coursework as Good as It Can Possibly Be | Get it Done Done without money | CourseWorkSpot.com